Behind the Aprons - The Story of Full Belly Deli 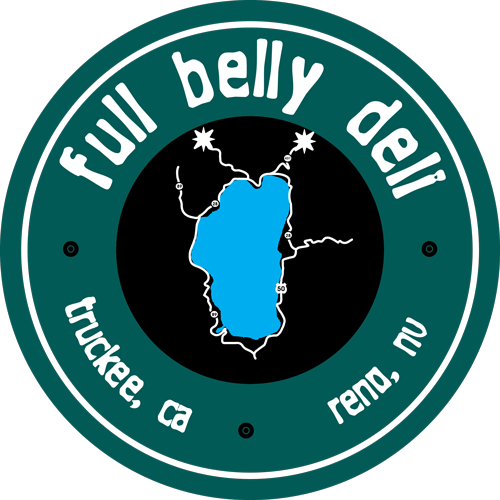 When you're working your ass off, you may as well be in business for yourself. Andthat's the story of Full Belly Deli in Truckee and Reno. The long version involves one guy in the kitchen and another guy running banquets who got together to fill a need in Truckee - a need for crazy-good sandwiches.

Making it Up as They Go

Call it luck or business savvy or instinct, but this chef and that catering dude were the right guys for the job. Maybe it's because Tom Marrin and Eric Barton aren't afraid of hard work. That's how they met, and it's what they've been doing since FBD opened its doors back in December 2007.But whatever the reason, everything clicked. All of the things that are important to Tom and Eric - stuff like making everything from scratch, locally sourcing ingredients, delivering on the promise in the name - really resonated with the customers walking in the door. Demand climbed steadily in the eight years FBD was a one-stop shop in Truckee, and then the boys turned their attention to Reno.Tucked away in an industrial part of town on Mill Street, Reno's FBD opened in the summer of 2015 and welcomes the Monday through Friday plus Saturday breakfast/lunch crowd. Well into its third year now, the deli has already become a Reno go-to, as evidenced¬†here and here.

On any given day, Eric and Tom might be making sandwiches, taking orders, prepping food, handling bookkeeping, checking inventory, or, you know, doing interviews (see here, here and this old one here). They split their time between the Reno and Truckee delis, because that's just how they do things.The coolest part is that all of that hard work doesn't go unnoticed. Resorts like The Ritz Carlton and Squaw Valley have requested catering for various banquets, and then there are all those customers who understand what's really important in a local deli.So when you're running around on last-minute Christmas errands in Truckee or Reno this week and realize that you're absolutely starving, maybe you'll remember the story of Full Belly Deli and stop in. We promise, you won't leave hungry.