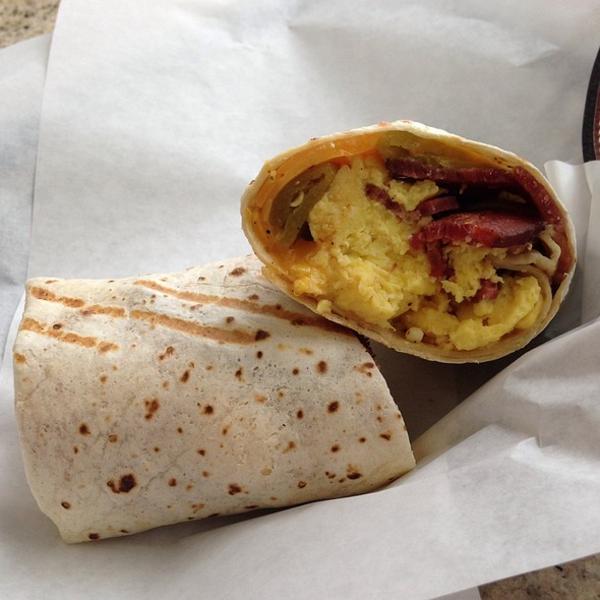 Between the standing menu and the specials at Full Belly Deli here in Reno and Truckee, we don't play favorites. But our customers sure do! Here's a rundown of the customer favorites at Full Belly Deli, plus a little bonus background story for all three.

This baby is a hearty mix of tri-tip, pepper jack, green chiles, hash browns, a fried egg and our homemade southwest sauce, all wrapped up in a flour tortilla. Once upon a time, we had a Squaw Valley location and we named this burrito after Squaw's infamous "Game of Gnar."

Pastrami, corned beef, Swiss cheese, pickles, yellow mustard and jalape√±o coleslaw - say hello to the Dirka Dirka. This sando is named in honor of a regular who came in during the deli's first few years. His name was Dirk, and he had eaten every sandwich on the menu - a lot. One day, he came in looking for something new. That day, the Dirka Dirka was born. Within a few months, it became so popular that we added it to the menu.

This is a buttermilk biscuit, a fried egg, cheddar cheese, hash browns and chorizo-sausage gravy, and it's a special item that we reserve for Friday and Saturday only. One of our breakfast regulars used to always order the breakfast special, no matter what it was. He didn't even ask what it was most of the time - except on Fridays and Saturdays. When we asked him to explain that interesting quirk, he told us the biscuits & gravy plate (as it was at the time) was too hard to eat on the road. So we offered to wrap it up in a burrito for him. And we've never looked back.