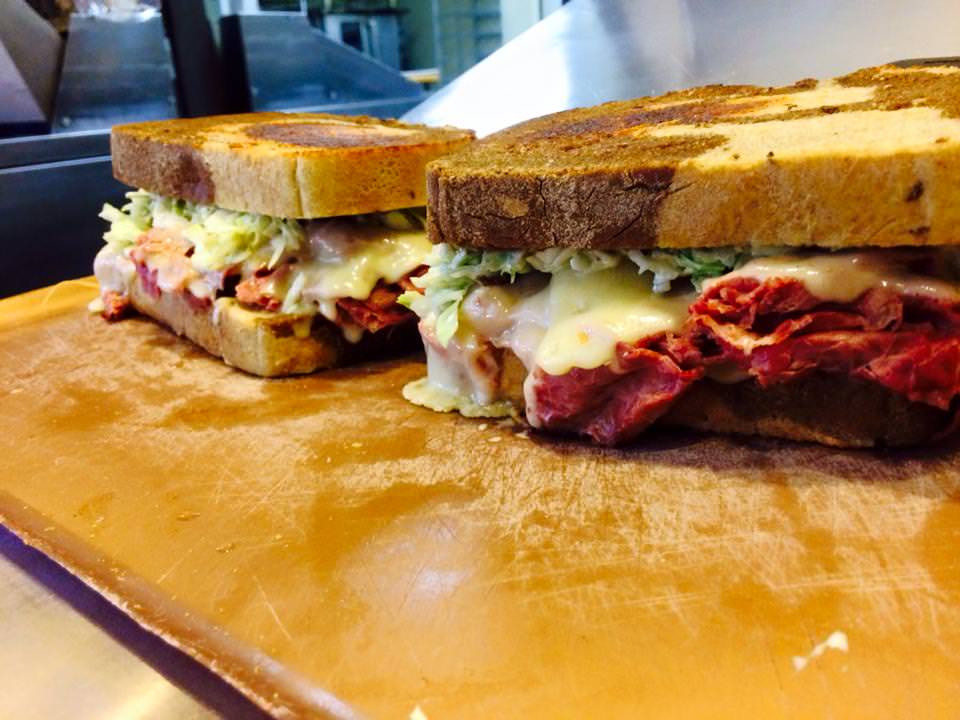 In the eleven years since Full Belly Deli opened its doors in Truckee, the name has become synonymous with, well, full bellies. We make that happen with delicious subs, wraps, pressed sandos, soups and salads, and in the last decade and change, the word has really spread. So what happens when a local food critic comes sniffing around, ready to fill his belly with something tasty? Read on and see.

Earlier this year, RGJ food writer Jonathan Wright¬†threw kudos our way after finally making it in to the deli. He'd heard good stuff about the Truckee deli, so a visit to the Reno version was on his list. Here's the best part - Wright was craving comfort food and a full belly, and on that chilly, slushy day, FBD sounded just right. Man, we love that!To avoid the crowds, Wright cruised over around 10 am and chose two sandos to go - a breakfast sandwich heavy on the pork and a Cuban (good man!). We assembled his sandwiches, wrapped them in waxed butcher paper and love, and sent him on his way.

Spoiler - things went well.Wright was into all the house-made breads and complimented FBD on its generous portion sizes. He had a tiny quibble about ketchup on the breakfast sando (hey, to each his own), and our family-style seating threw him for a loop, but that's okay. The Cuban alone snagged him hook, line and sinker.Happy return customers and lines out the door have long told us we're doing something right. We've been on the receiving end of awards and reviews for years, but it's always great to impress food writers in particular. If you're looking to fill a belly of your own, we'd love the chance to impress you too.