The Full Belly Deli Take on the Classic Cuban 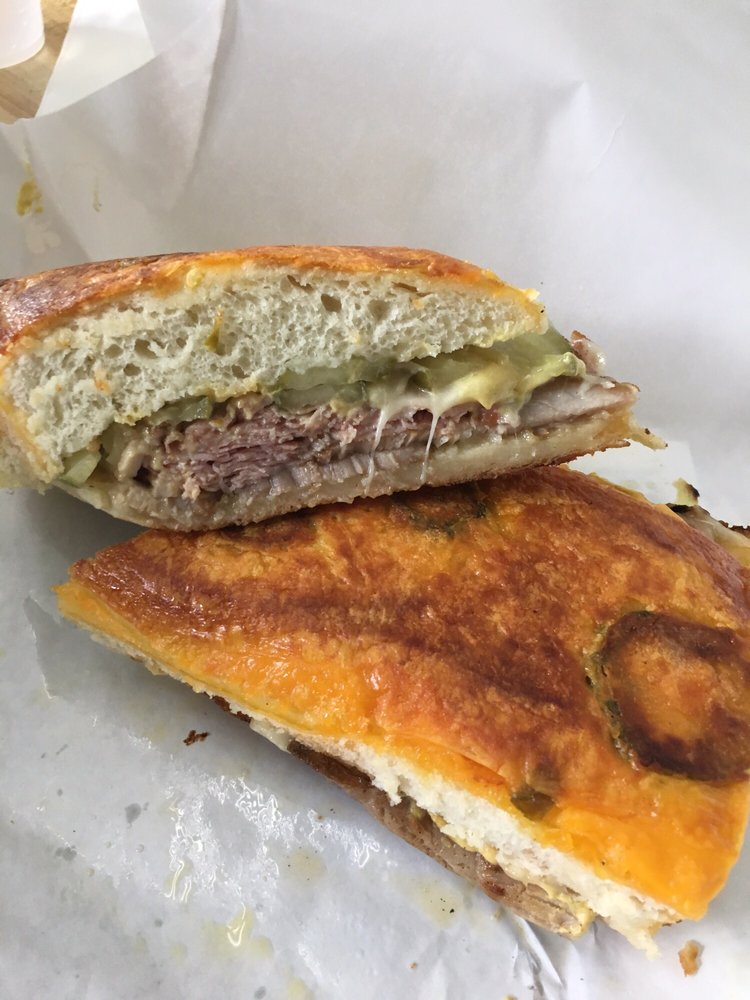 There's the ham and cheese sandwich, and then there's the Cuban, which is kind of like a ham and cheese on steroids. It's beefed up, is what we're saying, and you either love it or you love it. Or, you don't like pickles or mustard, and then you order something else. But if you're into Cuban sandwiches, come and see us.

So once upon a time on wikipedia, a special kind of ham and cheese sandwich originated in cafes that sprouted up to tantalize the palates of Cuban workers in Florida's early immigrant communities. Expatriates and exiles took it with them to Miami, where it become pretty much a signature sandwich that's just as popular now as it was then.Just ask this Yelp reviewer, who shared his first experience at Full Belly Deli here in Reno."As a Florida boy, I was drawn immediately to the Cuban..."

So what the heck is in this thing? Well, wikipedia's boring description lays out the basics - ham, roasted pork, Swiss cheese, pickles, mustard, and salami on Cuban bread. We like our Florida boy's description way better."The Cuban comes with a mountain of thickly sliced mojo marinated roasted pork loin, ham, swiss, mustard, and pickles, and we ordered it on the house French roll."That's exactly it. Our "mojo" is a banging mix of orange juice, lime juice, garlic, onion, oregano and cumin, and any pork loin marinated in that is going to be awesome. Our ham is applewood smoked, our dill pickles thickly sliced, our bread is a French hoagie roll, and our mustard preference is dijon. Some people prefer yellow mustard, others mayo, but we find the dijon brings¬†juuust the right kick to balance out the sweetness of that pork loin.The eagle-eyed reader is probably noting the lack of salami in that write-up. Turns out, salami in a Cuban has become kind of a regional thing, and the Miami version doesn't have it. Neither do we. Why? Because who puts salami on a Cuban sandwich? As chef Tom puts it, "I have never heard of such a crazy thing!" It doesn't seem like anyone is missing it - at least not the ones taking time to share their thoughts on the matter:"True to their name, I certainly left with a full belly. I wasn't able to even finish their Cuban, which is crazy, because I *love* Cubans. And theirs certainly was one to love - delicious, tender pork, wonderful, appropriately chewy bread, melty cheese. How can you go wrong?""The Cuban was slightly smaller than the Dirka Dirka, but still plenty big. Great flavor on this one and nowhere near as messy as the Dirka Dirka. I honestly wouldn't change anything about it."As it happens, the Cuban, the Dirka Dirka and the trip-tip get the most attention on Yelp, Facebook and other reviewing platforms. So if you're into the Cuban version of ham and cheese, you'll probably be into the Full Belly Deli take on this classic sandwich.